In addition to offering my supervisees an appreciation for a value of learning and development in their lives as clinicians, I also hope to convey the importance of knowing, respecting and residing in themselves – temperamentally, intellectually, emotionally, psychologically, cognitively, socially and culturally. With such a foundation, I believe the deepest therapeutic learning and service is possible.

As a supervisor and clinician, I believe “many roads lead to Rome.” As our approaches and theories evolve, we become increasingly more nuanced in the ways we understand the patterns and movements of the psyche in health and distress, but the importance of our relationship to ourselves and one another as the ground and foundation of change cannot be under-estimated.

I have been a practicing psychotherapist since 1995 and in private practice in San Francisco and Alameda since 2004. Prior to launching my practice, I was affiliated with the TALKLine Family Support Center/San Francisco Child Abuse Prevention Center in San Francisco for more than a decade, initially as a volunteer and intern and then as a staff therapist and Clinical Supervisor. Besides my broader client focus, I have been working with veterans for the past six years, initially on a pro-bono basis through the auspices of The Coming Home Project, and now independently through my private practice. Since 2007, I have also worked with active duty military personnel through the Military Family Life Consultant program which recruited me in 2010 as a Supervisor to help oversee the work of clinicians working in Army and Air Force settings throughout Europe. 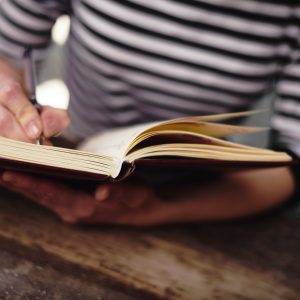 I have been trained eclectically, but am most drawn to psychoanalytical and psychodynamic approaches to psychotherapy, especially those that engage the relational dimensions of the process as a focus. As a graduate of the Integral Counseling Program at the California Institute for Integral Studies, I have a strong orientation to humanistic, existential and transpersonal approaches to healing.

I see adolescents, adults, couples and families in my private practice. In addition to veterans with combat and service-related trauma, the children of Holocaust survivors and other persons with histories of intergenerational trauma, I am particularly interested in assisting adoptees and persons who experienced significant losses or neglect in their early lives.

Through my own life experiences, I have gained both a profound regard for persons who have experienced tragedy, loss or hardship and a sensitive understanding of the many challenges they may encounter in their lives. One of my strengths as a therapist is an ability to convey this respect and understanding and create an atmosphere in which even persons uncertain about or mistrustful of therapy can begin to safely explore their psychological lives. I have found that accompanying my clients in this process, and creating a reparative experience of relatedness, often provides them with a broader sense of possibility for their lives. As a clinical mentor and supervisor, I approach my role with a similar intention to creating safety, focusing on each therapist begin to develop their own strengths and vision as a therapist.

PERSONAL DEVELOPMENT AS A CLINICIAN

Ever since I was a young adult and began one of my most in-depth therapy experiences, I knew I would someday become a psychotherapist. Inspired by what I had encountered and discovered in myself, and the invaluable guidance and support I received in the aftermath of early losses, I found a practice that not only helped soothe my grief, but restored my equilibrium in the aftermaths of such tragic changes, engaged my curiosity and natural capacities for introspection and helped provide me with a sense of possibility for which I longed.

After pursuing my interests in the arts and social service for 17 years, I finally received my Masters of Arts in Integral Counseling Psychology from the California Institute of Integral Studies (CIIS) in San Francisco in 1997, beginning what I always considered “my mid-life plan.”

I was strongly influenced by self-psychology in my CIIS practicum at the Pierce Street Counseling Center and learned to both attune to the unconscious communications of my clients, and to use the emerging relationship and the here-in-the-moment process, including transference related allusions or references, as part of the therapeutic process.

It is difficult to trace all the influences that shaped my development as a psychotherapist. Certainly, like many therapists, I experienced many hardships in my early life and those difficulties sensitized me to the suffering of others. I also experienced the life-changing benefits of the process of therapy, and having painfully witnessed members of my family perishing without the support they needed, wanted to both become a source of help for others and pursue and promote the possibility of change and choice in both my life and others.

My many-decade practice of self-inquiry and reflection has also influenced my development as a therapist, as I’ve worked intensively with seven clinicians, three faculty or graduates of The Psychotherapy Institute.

I have been supervising trainees and interns as a Licensed Marriage Family Therapist for more than twelve years. I have employed two therapists as interns in my private practice. I also supervised an intern at the Blue Oak Therapy Center in Berkeley for more than a year and have overseen the caseloads of multiple trainees in practicums at the Pierce Street, Church Street and Golden Gate Integral Counseling Centers through the auspices of the California Institute for Integral Studies (CIIS) throughout the past seven years. In addition to the Integral Counseling Centers, I have supervised trainees at the Women’s Recovery Center, East Bay Agency for Children/Circle of Care, New Leaf Counseling Center, and at the TalkLine Family Support Center, and interns at sites such as the Marina Counseling Center and Grateful Heart Holistic Therapy Center, where I am now retained as Clinical Director, a role which involves weekly supervision of 17 interns.

Since 2007, I have supervised nine CIIS students, all for a minimum of one year, and some for much longer, all beginning their first semester of practicum and concluding either at their graduation from their placement or their graduate studies or continuing through their internships.

Prior to beginning my activities as a licensed supervisor, I also was employed as a Clinical Supervisor at the TALKLine Family Support Center where I helped train, mentor and supervise the caseloads of as many as 15 volunteer counselors.

I thoroughly enjoy the supervision and consultation process, both in these formal roles, and with my peers. I participated in a bi-weekly peer-oriented consultation and support group with five other students from CIIS for seven years. Several years ago, I joined an ongoing twice-monthly consultation group facilitated by Dr. Robert Carrere, which is facilitated using the methods of the Tavistock Institute.

I have also taken seminars from Dr. Carrere focusing on the supervisory process, exploring the differences between didactic and process-oriented supervision and the sometimes divergent biases of these two approaches. During these workshops, we have also explored and discussed the intersubjective and interpersonal dimensions of supervision, parallel process, enactments, the therapist’s and supervisee’s use of self, the use of transference and countertransference dilemmas and impasses, and the mutuality inherent in the supervisory relationship. Prior to these trainings, I also underwent the CAMFT Supervision Training Course, which discussed different approaches to the supervision process, including the developmental approach which I incorporate in my supervision of trainees. As noted earlier, I completed a two-year Supervision Study Program at The Psychotherapy Institute that has further developed and solidified my skills as a supervisor. In addition to these trainings, I have been influenced by my supervision and consultation with Cindy Sachs, Dr. Bob Carerre, Nancy Ulmer, and other clinicians I respect.

As an experiential and visual learner, I find I draw from, incorporate and integrate new approaches to my work as I become familiar with them experientially. With the exception of my tenure at the TALKLine, where I learned a more systems-oriented approach to therapy, my experience as a client and a supervisee has been consistently grounded in psychodynamic ways of working.

As a supervisor, I find I engage the process with my supervisees both as a mentor, teacher and facilitator, fluctuating between a stance as a teacher and mentor and process-oriented facilitator and guide. In these roles, I typically:

As a therapist, I work fairly intuitively, drawing from what I have culled from my substantial experience as a client, supervisee, therapist and supervisor. For the past several years, I have been pursuing additional training to further articulate my understanding of the process of psychotherapy and the psychological and emotional reparation we facilitate as clinicians.

I engaged in the Supervision Study Program to further develop and articulate my understanding of the supervisory process, both to create more foundational support for my current activities as a supervisor, as well as to prepare to engage in the supervisory process with more mature clinicians and in my role as a Clinical Director.

Tell me and I forget, teach me and I may remember, involve me and I learn. ― Benjamin Franklin

To learn which questions are unanswerable, and not to answer them: this skill is most needful in times of stress and darkness. ― Ursula K. Le Guin, The Left Hand of Darkness